“We are all going to die”:
on finding a new career in mid-forties and fighting ageism

Seven out of ten people have experienced age discrimination at least once. If you are one of them, this article is for you. Here I would share with you some valuable tips and insights to help you feel better prepared and more confident. 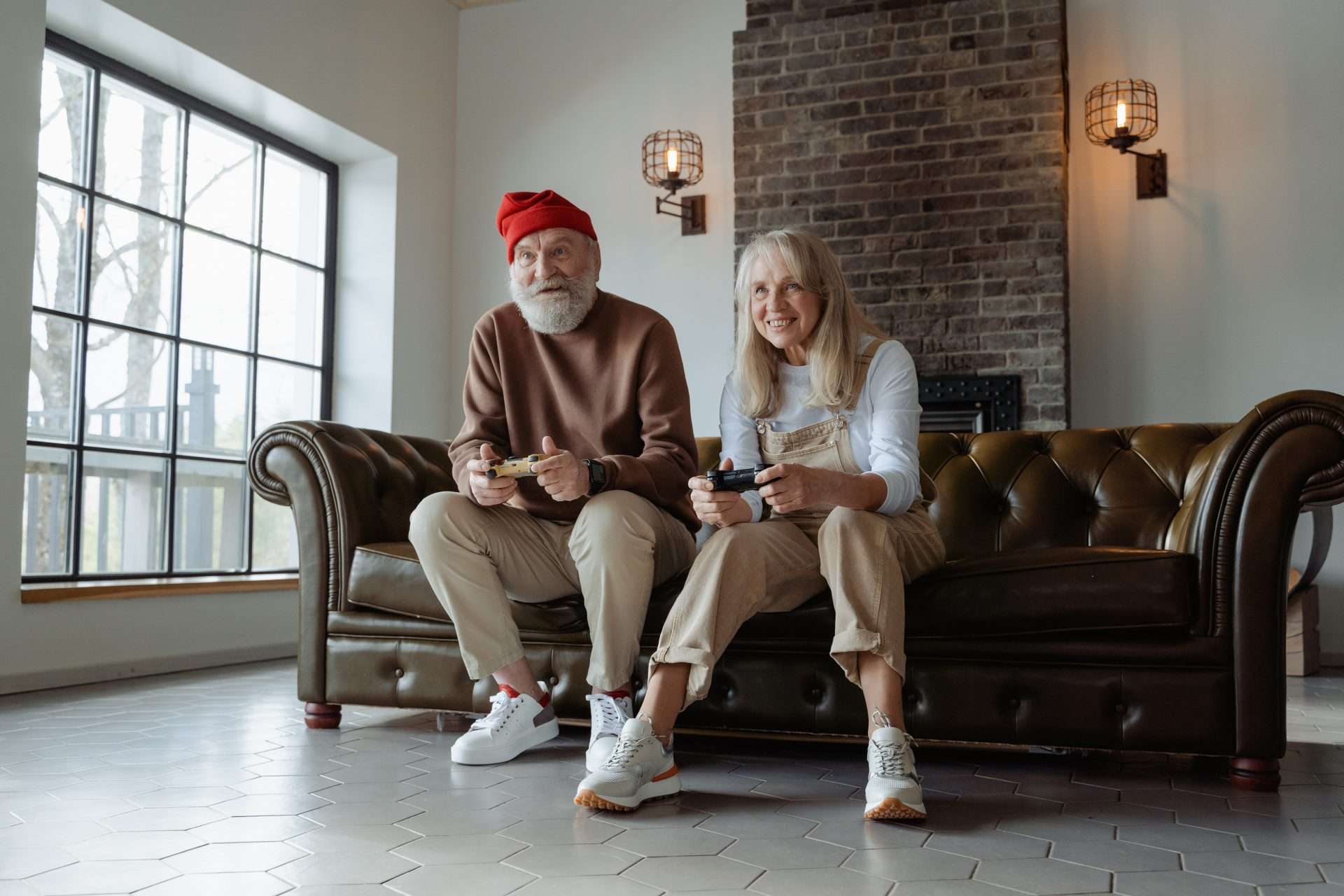 The purpose of this article is not to discuss retirement age or career opportunities for people over 55. Instead, I want to highlight that we might face the very first instances of age discrimination as early as at the age of 40 or 45 years old. This is when we are starting to become aware of it. I am saying “we”, as I am now 42 and despite having a successful career, I am already starting to pick up the first signs of ageism, and it does make me feel concerned about my own security.

Ageism can manifest itself as a derogatory behaviour that leads to discrimination, but it can also take a form of “benevolent prejudice”. One study by Age Concern revealed strong evidence of “benevolent prejudice”: 48% said that over-70s are viewed as friendly, meanwhile, only 26% believe over-70s are viewed as capable (with 41% saying the same about under-30s).

Is it relevant to talk about 70-year-olds? – you might ask. Surely, these are elderly people, and we are not.

Then let us look at another study from Spain, where 2 out of 3 employees aged 45 and over have encountered age discrimination, while 91% admitted that this issue was very much commonplace.

I want to challenge the very notion that an older – or mature – or elderly person can be subjected to stereotyping as pitiful and incompetent. Instead of focusing on someone’s abilities and maximising their human potential, why do we “put people into boxes” and juxtapose the old against the young?

The irony is that this kind of stereotyping might be weaponised against our own selves in future. Because although we grow more different as we grow older, age takes its toll on all of us. There is absolutely nothing we can do about it. And the perceptions that we are shaping today will determine the kind of treatment we ourselves will get later in life.

Ageism is a prejudice just like other “-isms” (nationalism, racism, sexism)

Ageism is just another stereotype, along with other “isms” like nationalism, racism, and sexism. It is a form of discriminatory treatment, along with prejudice against people with disability or the LGBTQ community. At its core lies a false premise that people from certain social groups are in some way inferior to others and therefore cannot exercise certain rights.

This is where it gets really interesting: as much as we can ignore issues of discrimination against certain groups as long as we don’t have to face them personally, we cannot escape from getting older. Every one of us might have to deal with age discrimination someday. Doesn’t this make this issue important enough for all of us to engage with?

One might object to this by saying that they have personally never experienced derogatory nor discriminatory treatment. This however does not mean that the issue does not exist. Like sexism, being fortunate enough to never have the experience cannot justify invalidating the existence of the problem. And when it comes to women, discrimination can take a particularly toxic form of blending ageism and sexism.

Unfortunately, the charges of ageism are notoriously difficult to prove legally, which explains why out of all victims of age discrimination (which a study by The Gerontological Society of America estimates as 77%), only a very small percentage of cases ever make it to court.

I would like you to read the stories below and reflect on how you and your peers deal with these situations. Can you see yourself in any of the characters?

Boris, age 54, has a long tenure in a large production company and a time-tested track record of expertise and loyalty. For 10 years Boris has been hoping for a promotion. However, he had to admit that on more than one occasion his younger candidates got ahead of him. Now he has given up his hopes and, in our conversation, revealed to me that to stay employed, he feels he ought to accept whatever “low ball” offer his employer might put on the table because getting a new job at his age would be difficult.

Yanina, age 41, an advertising executive with 20 years of experience, took on a freelance project for a big client which included working with a junior team of people as much as 15 years younger than her. She took on the challenge of setting up good working processes, delivering the best results, exercising creativity, and mentoring her junior team. After all, it was because of her unique expertise that she had been brought to this project. Yet during her first month on the project, she started feeling quite uncomfortable. How would you deal with snarky comments from your junior colleagues, implying that you are “as old as an analogue TV”?

The study by The Gerontological Society of America shows that 58% of respondents are exposed to “jokes about age”, 30% feel underappreciated and 39% feel patronised.

Sophia, age 48, an executive assistant with a stellar track record of over 18 years was being told by her new Director-General that “at her age” she was no longer meeting the requirements of her role to look attractive and “presentable”. The quality of her work remained up to a high standard, however, allegedly as far as the management and company’s clients were concerned, they had different priorities.

I am reminded about a famous case in a well-known airline company wherein 2016 the management mandated that all international flights were to be staffed only by young and thin employees. Mind you, this airline’s definition of “young” is “under 40”. The reason? Customer preferences, in other words, all of us who have expressed a preference for the flight attendants to be “young and fit”. You see, this airline’s management did not want to ruin their customers’ expectations.

Today 18% of the world’s population are over 55 years old. Over the last 20 years, the average age of the world population has increased from 26 to 30 years old. By 2050, the average age is set to reach 36. Therefore, by the time I turn 70, most people around me would fall under an age bracket that is currently referred to as “mature”. These, incidentally, are the same people who are set to lose their competitive position in the very near future. Just think about it: soon, being 40 would be the norm.

There are no studies that show that people at the age of 45 to 65 or more are in any way less able than their junior colleagues of being creative or being effective communicators or problem solvers. Granted, the younger cohort is more energetic and can move faster and yet it is the older generation that is much more experienced in complex problem solving and conflict resolution.

Wouldn’t it be an idea to take a different perspective and instead of labelling people into groups, find common grounds that build on the strengths of all parties?

The data show us that the best decisions are made by the most diverse teams. Earlier on in an article about female leadership, I wrote about the role that gender diversity at the Board of Directors level plays on the company profitability. The data from Peterson Institute of International Economics showed that the presence of more female leaders in top positions of corporate management correlates with increased business profitability, efficiency, and innovation. Of course, this is not just the matter of women being present on the Board but of the value that their diverse ideas and methods can contribute.

The same goes with age: instead of calling someone “overqualified”, would it not make more sense to consider how someone’s knowledge and expertise might contribute to the managerial decision-making and translate into bigger financial and business success?

Enter Becca Levy, Professor of Psychology of Yale University and a leading expert in social gerontology and psychology of ageing. Becca is the author of over 90 publications for psychology, gerontology and medical journals, her research on well-being and ageing has been featured on the front pages of the “New York Times” and even the U.S Senate Committee on Aging had once invited her to share her research.

The conclusion she made after years of her research was that our perception of ageing has a direct impact on health, longevity, and physical recovery. Thus, the propagation of an idea of the diminishing ability and so-called “reasonable discrimination” (the term coined by a Linked In user in a debate about age discrimination in recruitment) is harmful not only for society but also for individual health.

Ashton Applewhite (I recommend that you check out her TED talk) seconds Becca Levy’s findings with the idea that an infatuation with youthfulness can indeed play to the strengths of certain businesses. The beauty industry and media seem to be constantly channelling the image of a young and glamorous woman that everyone (especially other women) should aspire to. Should we ever lose our youthful looks and the elasticity of our skin, we should find solace in a myriad of “miraculous potions” to fight the wrinkles. The suggestion here is that getting older is a disease that needs to be treated, rather than a milestone that is to be celebrated as an entry point to the age of wisdom and a fulfilled living.

What is also fascinating is that ageism can also work in the opposite direction: there are also prejudices against younger people and their ability to run a business, be a good leader or a doctor, for example. I have a vivid memory of myself back when I was a 24-year-old Head of Marketing, coming to meet a prospective advertising agency with a contract signed by yours truly. I will never forget the puzzled faces of my partners who, for a moment, had all thought they were talking to a courier.

So what can be done?

“We have to find personal fulfilment! ” said Glenn Close, a 72-year-old actress during her acceptance speech at a Golden Globes ceremony. “I can do that, and I should be allowed to do that. We must follow our dreams and find personal fulfilment.”  Among other things, this is also the best recipe for independence, confidence, security and overcoming ageism.

PrevPreviousAtlas Shrugged or When Women Gain Confidence
NextGrowing Profitability with Emotional Intelligence: How Can EQ and its 5 Main Attributes Drive Business Results And Turbo-charge Your CareerNext