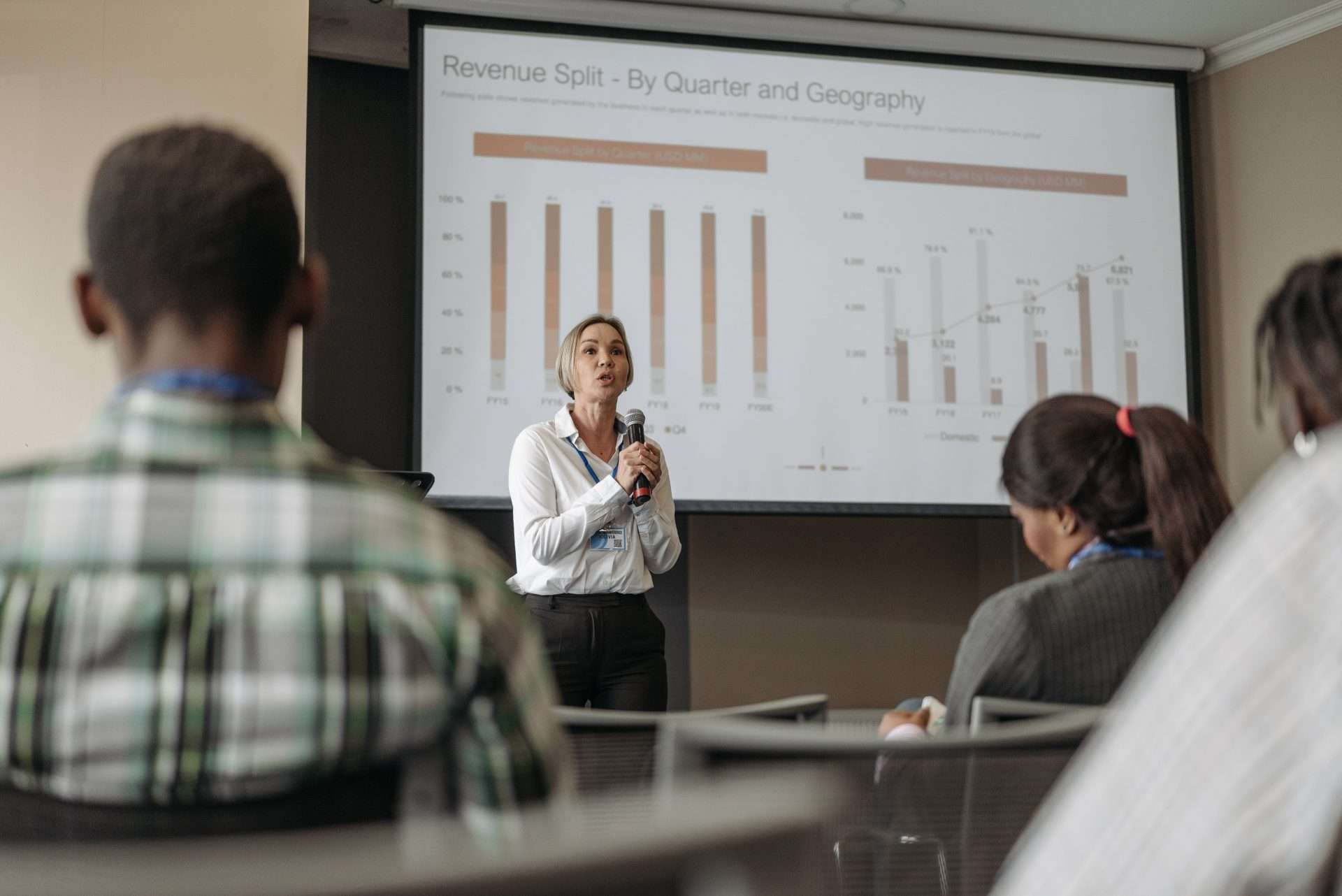 Whether you already are a business owner or a top manager, or you only aspire for a business career, this article is for you. If you want to improve your performance and advance your career, make sure you read it until the end. This article will help you get the most out of the situations and people around you today. I am not going to give you a “magic pill”. But I can help you understand your emotional intelligence and that of your leadership, so you can unpack the business culture and success factors for your organization.

I first came across the term emotional intelligence (EQ) 12 years ago while reading Daniel Goleman’s book Emotional Intelligence: Why it Can Matter More Than IQ.

The term itself was coined in 1990 by two psychology professors, John Mayer and Peter Salovey. I felt completely enthralled with an idea of emotional skills that could be trained (unlike IQ) and not only enhance employees’ engagement but also improve the business results.

To my further amazement, I then found out that the theory was indeed grounded in facts. One research of senior executives showed that 90% of the most successful people have an above-average EQ score and (in the USA) make USD 29,000 more per year than average (~ 60% above average income). In addition, it turned out that emotional intelligence is responsible for 58% of employee performance so it was directly contributing to higher profitability.

Daniel Goleman has found that having a high EQ score accounts for 90% likelihood of being promoted (data is from Harvard Business Review, 2004). At the same time, no correlation was found between having a high IQ score (above 115 points) and professional success.

It seems obvious that similar functional responsibilities also have similar technical skills. What sets people apart, however, is their emotional intelligence. In my 20 years’ experience in people management, I have seen for myself that while the intellectual and cognitive abilities (IQ) can get people employed, it is the emotional intelligence (EQ) that increases motivation, helps drive strong results, lead teams, and build great careers – in other words, it is the EQ that determines the quality of the output.

What is emotional intelligence? Focusing only on one side of the term – emotional – might make you think of being impulsive and over-excited, and thus completely forget the second part. It is the intelligence part that determines the ability to execute the powers of the brain to recognize, understand, and manage our emotions effectively.

Not so long ago saying that someone had “career ambitions” had a mostly negative connotation: the perception was that any average Joe could get ahead in their career if only they disregard others and “walk all over people.” Now all evidence points in the exact opposite way: in today’s world, having a high EQ score is a prerequisite for strong leadership and business longevity.

I have had the experience of both looking for a job myself and recruiting teams internationally. Thus, I can attest to the fact that the qualities that make you a stronger candidate and a desirable employee are self-awareness, understanding your strengths and long-term goals, and recognising your inner drive. While functional skills are “hygiene” requirements, it is the emotional intelligence and “soft skills” that carry a higher value.

What other benefits can EQ bring, in addition to advancing your career? According to Goleman, people with high EQ possess a high degree of empathy and can manage emotions better in a variety of roles and settings. Moreover, they are more creative, solution-driven, and more successful in business than those with high IQ.

Let us look at a case study. A company loses a senior executive, which has a knock-on effect on the team’s morale and sense of direction. Having considered several alternatives, the leader chooses the following tactics:

This approach shows leadership with a high level of emotional intelligence.

Having emotional intelligence enables an executive to be transparent with their teammates, thus gaining respect and delivering personal impact. One of my managers used to say, “I get wiser and wiser every day.” This helped foster the organizational culture of constant learning that reflects on the experience, recognises mistakes and continues to improve.

Some leaders might perceive asking for help in times of hardship as a sign of weakness. Yet in fact this is a manifestation of a high level of self-awareness and strong social skills, an ability to appreciate others and engage with a different point of view.

When I first started as a senior executive in Vietnam, my ideas to hold open discussions or ask others for help faced some resistance from the team. For them, “saving your face” – never admitting to any gaps in expertise – was far more important than working collaboratively. It took us 12 months to build a culture where the team worked together on generating solutions that went beyond serving individual departments and improved the overall company’s performance. In large cross-functional projects, it is common for the stakeholders to have different and sometimes conflicting priorities. To perform under pressure and lead people effectively, a successful manager needs to be skilled at managing own emotions and recognising the motivations of others in order to find the best approach.

Working under the pressure of tough deadlines and personal accountability in a big team is a powerful test of an employee’s emotional intelligence. A person with high level of emotional intelligence, specifically social skills and empathy, will be able to articulate one’s views, inspire others and find a common agenda.

I can find a lot of evidence from my own business practice. For instance, a new product launch is always a challenge of either successfully “selling the idea” to the stakeholders and getting them engaged; or having them lose interest right from the start. To implement long-term and high-stakes projects worth tens of millions of dollars, successful executives need to master social skills to manage relationships and navigate through different agendas.

The World Economic Forum identified emotional intelligence as one of the top ten work skills that lead to a successful career. Research by Career Builder in 2011 found that 71% of executives looked for emotional intelligence in their prospective employees, 75% confirmed an intention to promote people with high EQ while 59% said they would not hire people with high IQ but low EQ.

What is the measurable effect of hiring and promoting high EQ staff?

The simple answer is: they build better teams that generate better results and lead to higher profitability.

The study from 2001 by Vanessa Druscat and Steve Wolf showed that group EQ plays an important role in determining the team’s overall effectiveness. In an article for Harvard Business Review they described this as follows, “Our research shows that, just like individuals, the most effective teams are emotionally intelligent ones.” These teams use their group EQ to build a foundation “for true cooperation and collaboration — and high performance overall.”

Without a doubt, building high performing teams is a key priority for any business. However, it is often assumed that once the goals are set, the responsibilities are distributed, and future rewards are identified, all that teams need to do is adopt the same processes already followed by the top performers. Thus, they would achieve the same outcomes. But this is not the case.

Druscat and Wolf posit the following analogy: a piano student can be taught to play Minuet in G, but he won’t become a modern-day Bach without knowing music theory and being able to play “with heart”. Similarly in business, the real source of a great team’s success lies in the fundamental conditions that allow effective task processes to emerge—and that cause members to engage in them wholeheartedly. This can lead to a 20-40% increase in productivity in groups where members have established a foundation of trust and enjoy working with each other.

I was fortunate enough to work in a team just like that. While operating in a fast-growing market with intensifying competition, our team of directors managed to triple the revenues, increase operational income by six times and achieve the number 1 position for our flagship brand.

Emotional intelligence takes a real stress test at the times of radical changes that call for adaptability, in other words – staying agile and flexible without ever losing sight of the goal. For the last seven years, I have been working internationally in a business environment that is strikingly different from my own and delivering to super ambitious change management targets. In my opinion, the most crucial tool, the “primary violin” of all change management is empathy. This is what a good leader should bring to the team.

Martin Newman, an EQ and mindfulness expert, in his interview to People Management magazine (2017) stated that “businesses need emotional and social behavioural skills, and our studies show that the stronger the culture of emotional intelligence, the more engaged and loyal the staff.”

Emotional intelligence is a valuable contributor to business growth and prosperity.

Some studies show that around 60% of global companies use psychometric testing in recruitment to gauge their candidates’ EQ. One well-publicised case study by Sanofi, a French pharmaceutical company, showed that shifting focus to emotional intelligence has helped grow profitability by 12% (the case study was published in Organizations and People magazine, 2007).

I would contend that this growth was produced by emotionally intelligent leaders who were abile to amplify the so-called discretionary effort, or an employee’s voluntary decision to go above and beyond the job description.

One thing I know for sure from and can attest to my diverse business experience in Europe and Asia is tried-and-tested rule of thumb for management: empathy, trust and transparency are the cornerstones for achieving superior performance because they make teams and employees feel highly motivated and result-oriented.

PrevPrevious“We are all going to die”: on finding a new career in mid-forties and fighting ageism